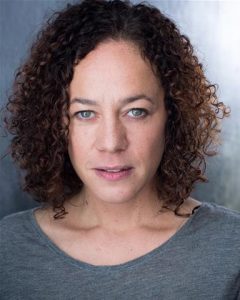 Alicya studied at the Court Theatre Training Company and has been working professionally for 20 years. Television credits include Clink, Casualty, Band of Gold, Doctors, The Bill, Holby City, Spooks, Hetty Wainthrop Investigates, Paradox, Bad Girls (in which she spent 5 years as a regular) and she was a series regular in Emmerdale in which she played the part of Ruby. Film credits include The Low Down, Tube Tales and Stalin My Neighbour. Alicya has also performed at various theatres including the Royal Court and the Theatre Royal, Nottingham. She also performed in the critically acclaimed play Any Which Way. 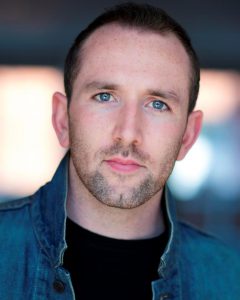 In recorded media he can be seen in Bodyguard (BBC) Lip Service Series 2 (BBC) and heard in various radio with BBC Radio 3/4.

For his work as part of the cast of The Monster in the Hall he received The Stage Award for Best Ensemble.

As well as his work at LSDA, he teaches acting at a number of other London acting schools.

David is currently filming for the new Russell T Davies series The Boys in which he plays one of the series regulars. 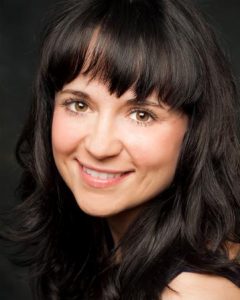 Sam trained at Rose Bruford College where she won the Laurence Olivier Bursary award. Most recently she appeared on stage as Rita in Educating Rita. As Jean in the TV series Cilla. Sam also plays regular Geraldine in the animation series Footy Pups for CBeebies. 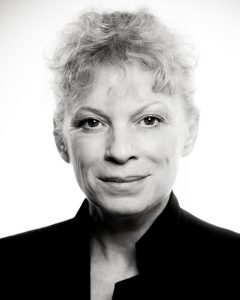 Holly is most famously known as Newt’s Mother in Aliens and Lady Farrow in Blackadder. Her acting experience is extensive starring in the National Theatre and throughout the West End.  Holly’s television and film work has included: The Duchess of Duke Street, Lyttonçs Diary, Van der Valk, Poirot, The Detectives, The Assassination Run, The Chief, Doctors, Daniel Deronda, Electric Dreams, The Hiding Place, Casulty, Eastenders and Soaked. Most recently she has worked at the Sheffield Crucible theatre in Arthur Millers Playing for Time, at the Ustinov studio Bath in Half Life directed by Nancy Meckler, at the Southwark Playhouse in Roundelay and last year received two Best Actress nominations for the short film Development of June. This year she has worked with Out of Joint theatre company and just completed another short film Mama, There’s a Monster in My Bed. 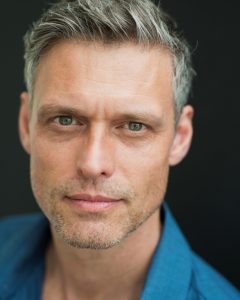 Stephen is a professional actor with a wide breadth of experience playing leading roles in feature films, television dramas and on stage. Best known for playing Lysander Hawkley in ITVs The Man Who Made Husbands Jealous, Greg Kelly in Coronation Street (for which he won a British Soap Award) and most recently Danny Lomax in Hollyoaks, he continues to work in independent movies and in theatre, enjoying classical roles as well as those in challenging new writing. Stephen has been teaching acting and screen acting to students and professionals for over 15 years and has taught at East 15, The Actor’s Centre and Drama Centre London.  Stephen trained at the Drama Centre London. 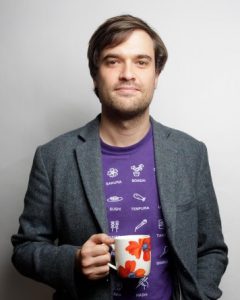 As we as teaching and directing at LSDA Russell is also a visiting director at Arts Ed, Bristol Old Vic Theatre School, Central School of Speech and Drama, Oxford School of Drama and Royal Welsh College of Music and Drama.   He also teaches part time teacher at Kent University, is a Globe Education Practitioner and a Visiting Artist at the National Student Drama Festival. 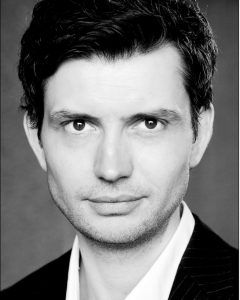 Paul trained at the London Academy of Music and Dramatic Art (LAMDA) where he won the Brian Cox scholarship. Since graduating Paul has worked as an actor on both stage/ screen and as a fight choreographer and director. Most recently he appeared in the feature film Broken Promise and played King Phillip II of Spain in Juana of Castile – Edinburgh and National and European tour. Other credits include: Acts of Cod (RNT & the Old Vic), The Three Musketeers (Bristol Old Vic), Robin Hood, Macbeth, Richard II (The Tobacco Factory), Theatre Loyalties, Italian American Reconciliation (The Finborough) European Tours of Gone, Macbeth (Paines Plough). TV – Heartbeat BBC. Film – The Date, the Bafta nominated I’m Frank Morgan, the lead in Lucky Man directed by Jim Sturgess and The Shipwreck Trilogy (RSC). He directed Treading the Boards, London-Edinburgh and UK tour. 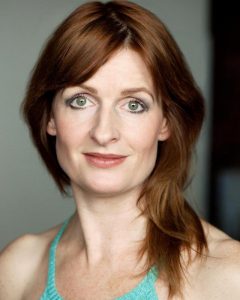 Helen completed an MA in English Literature and a BA in Psychology at Copenhagen University. After performing English theatre in Copenhagen for 8 years Helen moved to London to train at Drama Studio.

She co-founded Yardbird Shuffle Productions at DSL and played Patricia in Brimstone and Treacle and Carol in Oleanna at Krudttoennen. She also performed for several seasons with The Project Makers playing Helena in A Midsummer Night’s Dream and Rosaline in Love’s Labour’s Lost co directed by Annetta Laufer. Other credits include Livia, Women Beware Women directed by Matthew Wilde and Titania in A Midsummer Night’s Dream at Bedlam Theatre where she also worked with Jamie Reid in The Dead Monkey. In 2010 Helen worked with Edward Bond on the world premiere of his modern bloody classic There Will Be More where she played (Me)Dea directed by Adam Spreadbury Maher. Other recent credits include Countess Gouvarinha in The Maias (Galleon Productions) and Candida in Candida (CandyKing Productions).

Helen Trained as a Life Coach with The Coaching Academy in 2009-11 and greatly enjoys empowering her students to make the best of their lives. She teaches them problem solving skills and helps them set powerful challenging personal and career goals with focus on taking full responsibility for their development and future success.

Helen has worked extensively with film maker Lucy Beech including the art film Credible passion.  Helen has been working with the international theatre company TheatreLab since 2012. She has performed in The Oresteia and Medea at Riverside Studios and had played Queen Herodias in Salome in London, Avignon, Athens and Thessaloniki. Helen received excellent reviews when she reprised her role as DEA in 2016, directed by Edward Bond. Helen played Aunt Patience in TheatreLab’s acclaimed performance of Jamaica Inn in November 2017.  In 2019 Helen performed in several shows at The Suffolk INK festival.

Helen has since 2017 co-written, produced and performed in new comedy webseries The Self Tapers https://www.youtube.com/watch?v=uE5QmYnKKh0&t=36s.  She is currently filming Canonbie Production’s new Feature film Gentrification – shot in 5 minute episodes, penned by her husband Peter Rae – a cautionary tale about the encroaching dangers of middle-class xenophobia. Helen Produces, directs, acts and provides all the first class vegetarian catering.

Helen is in rehearsals for Great Expectations, a new edition written from the view-point of Miss Haversham whom she is playing. This is a December 2019 Christmas Production. 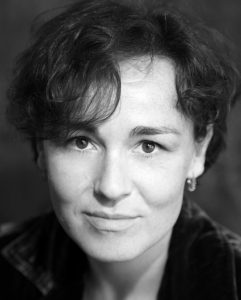 Georgina graduated from the Drama Centre London in 1994. As an actress, she has worked for The National, NT Studio, The Royal Court, The Almeida, Tron/Glasgow, The Wrestling School, The Unicorn Theatre for children. She’s was a member of Di Trevis’s Workshop and has recently acted at Soho Theatre. Georgina is founder and co-director of the company Dirty Market with Jon Lee. Georgina co-founded Moving Arts Initiatives, devising mixed media events for children and their families in Peckham. She assisted Gay Sweatshop Artistic Co-Director James Neale-Kennerley in his work at Drama Centre London from 1996-99. As well as her work at LSDA she teaches acting and directs at a number of London acting schools. 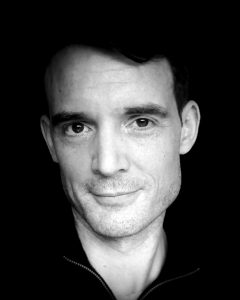 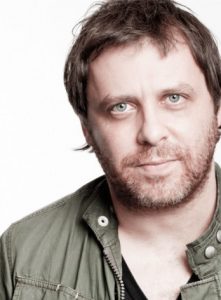 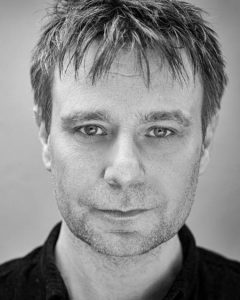 Stuart trained at the Drama Centre London under Christopher Fettes, Yat Malgram and Reuven Adiv. He has worked extensively for over 20 years in Film, TV, Theatre and Radio. Major TV roles in Blood and Peaches, Strikeforce, a 10-part BBC series In a Land of Plenty and Berkely Square, Vincent, Cambridge Spies, Spooks, Burn It and Everytime you Look at Me, amongst others. Stuart was Rob Minter in Eastenders for two years and the lead character in a Live one hour special of the Bill. Theatre work includes the Royal Court, Soho Theatre and the Bush in many new plays including premiers by writers such Neil La Bute, Simon Bent and Johnathan Harvey’s Hushabye Mountain at Hampstead theatre. Stuart has also appeared in the plays of Joe Orten, Tennessee Williams, Ibsen, Ayckbourne, Manuel Puig and recently Dennis Kelly’s Love and Money. He teaches at various academies, and recently on the directors’ course at RADA.